Initially believed to be too dry to farm successfully, Douglas County has established itself as one of Washington State’s main agricultural producers, with consistently high wheat and fruit yields. Located next to the similarly-bountiful Chelan County, Douglas County is particularly successful at growing fruits, such as apples, pears, and cherries, and ranks among the nation’s top apple and cherry producers. Many of Douglas County’s orchards are located in its largest city, East Wenatchee, which is linked by bridge to neighboring Chelan County’s city of Wenatchee. These cities share essentially the same labor force and represent a large portion of the economy in both counties.

Surrounded by the Columbia River on almost all sides, Douglas County benefits from irrigation made accessible by the river and the various dams located on the river, which provide relatively cheap electrical power. These dams also supply steady employment for many of the county residents and attract tourism to the county through artificial lakes created by dam backwater. 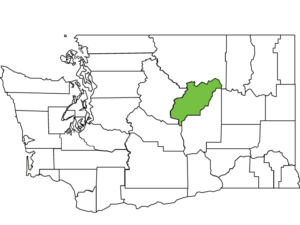