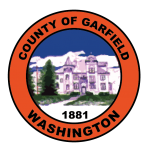 Established in 1881, Garfield County is located in the southeastern corner of the state, bordered by the Snake River in the north, Columbia County in the west, and Asotin County in the east. Like its county neighbors, Garfield County primarily relies on agriculture to support its economy, producing large yields of wheat, barley, peas, pears, and other crops. Though it is sparsely populated, Garfield County is relatively prosperous, featuring large farms with high market value.

Much of Garfield County’s initial growth came from railroad connections in the 1880’s, which allowed large crops of wheat and other goods to be shipped to other parts of the state. Pomeroy, the Garfield County seat, was connected to Columbia County through the Union Pacific Railroad, allowing the county to prosper significantly in the early 1900’s, though its growth slowed down following the Great Depression. Despite the closure of the railroad in the early 1980’s, Garfield County remains agriculture based and continues to produce wheat on a large scale. 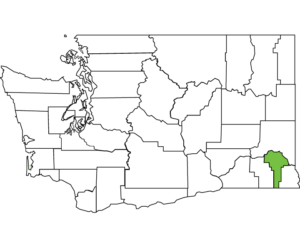