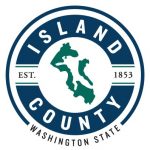 Encompassing two large inhabited islands and several small uninhabited islands, Island County represents the cluster of islands slightly off of Washington’s inner coast. Located north of Seattle, Island County includes Camano and Whidbey Islands, the latter being the largest island in the state. While Coupeville, located on Whidbey Island, is the historical county seat, Oak Harbor is the county’s largest town and hosts the county’s primary employer, the U.S. Naval Air Station. Because of its proximity to the robust job market located in Seattle and its surrounding cities, many residents of Island County commute to jobs outside of the county by ferry.

Initially economically focused on natural resource extraction industries such as logging and fishing, Island County experienced a large economic and population boom in the 1940s when the U.S. Navy began constructing an airbase in Oak Harbor. Now, almost all of the county’s economic activity is related to the navy, while previously prominent industries like fishing remain popular tourist and leisure activities. Due to the beautiful coastal scenery, mild weather, and relatively inexpensive cost-of-living, many residents of Island County are retirees or part-time residents, leading to the emergence of real estate as a growing industry within the county. 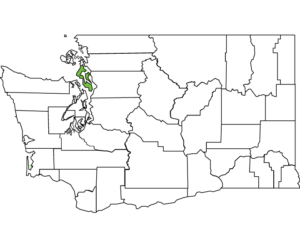 Etymology: Consists solely of islands, including Whidbey and Camano islands