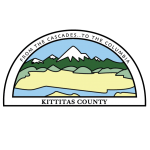 Situated north of Yakima County, south of Chelan County, and east of King County, Kittitas County is the approximate “center” of the state and has acted as a corridor between Eastern and Western Washington. Kittitas County is home to Central Washington University, which is located in its county seat, Ellensburg. Traditionally home to a farming-based economy, Kittitas County has retained its agricultural roots, notably producing large yields of Timothy grass and alfalfa hay for racehorses, which is then exported internationally. Despite Kittitas County’s reliance on agriculture, the local and state government represent a large portion of county wages, primarily due to the university.

While mining is a relatively insignificant industry for the county now, Kittitas County was initially developed during the Gold Rush when its towns of Liberty and Swauk were found to contain gold. Additionally, neighboring towns of Roslyn and Cle Elum developed in the same time period due to their coal deposits, which were mined until the 1960s. While these towns have switched industries, these parts of Kittitas County still maintain their Western Frontier charm, honored every year at the Ellensburg Rodeo. 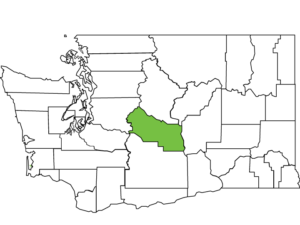 Etymology: Yakama word of uncertain meaning, with popular translations ranging from “white chalk” to “land of the plenty”