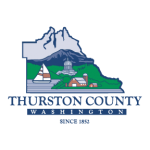 Home to Washington State’s capital, Olympia, Thurston County is an active cultural, recreational, residential, and professional hub, bolstered by the relatively steady employment that the state government provides. Initially the site of a thriving lumber industry, Thurston County received an economic and population boom in the 1950s as government operations began to overtake logging as the county’s most prominent industry. As government jobs increased, more people began to move to Olympia and its surrounding cities, Lacey and Tumwater.

Thurston County, in addition to its business growth, is considerably rich in local history. Tumwater, part of the Olympia metropolitan area, is the site of the first American settlement in Washington. Settled in 1845 by Michael Simmons, Tumwater now hosts multiple landmarks listed in the National Register of Historic Places, which were registered in 1979. In addition to landmarks from early settlement, Tumwater was also the site of the famous Olympia Brewery, which is now defunct. Operating in the region from the early 1900s until 2003, Olympia Brewing Company’s slogan “It’s the Water” – used to explain the excellent quality of the beer- has now become somewhat of a local motif, though the beer is now produced out of Los Angeles, California. 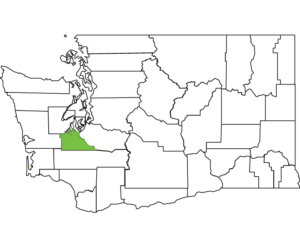