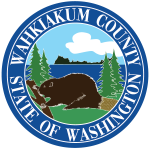 One of the state’s smallest counties, Wahkiakum County is a densely forested and semi-rural county tucked in the southwestern corner of the state. The ideal climate for growing Douglas fir trees, Wahkiakum County primarily relies on the logging industry as a source of income, supplemented by jobs created by the local government. Partially due to its beautiful, semi-coastal climate, Wahkiakum County has become somewhat of a retirement community, attracting those wanting a somewhat rural lifestyle complemented by stunning natural scenery. In addition to retirees, commuters to the more densely populated Cowlitz, Clark, Pacific, and Oregon’s Multnomah and Clatsop Counties have begun to move to Wahkiakum County, connected by both highways and a ferry system.

Though English settlers were the first whites to occupy Wahkiakum County in the mid-1850s, Scandinavian homesteaders, including families from Norway, Sweden, and Finland began to move to the county in the 1870s. Astounded by the immense and diverse forests the rain-heavy county could foster, the settlers stayed to become loggers, creating a small Scandinavian community in addition to settlers from England and Scotland. 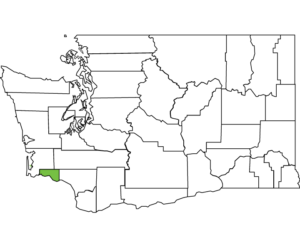