Notorious in the state for its agricultural products, including Walla Walla Sweet Onions and delicious wine grapes, Walla Walla County is a fertile, relatively prosperous county hosting a stable economy and industry diversity. South of Franklin County, east of Benton County and west of Columbia County, Walla Walla County is part of the Columbia River drainage basin, which contributes to its fertile lands and provides the basis for the county’s irrigation systems. Walla Walla County, like those around it, relies primarily on agriculture to generate income, though the service industry—aided by the presence of Whitman College in the town of Walla Walla—also employs a large amount of the county’s residents. Walla Walla County has also benefited from increasing amounts of tourism to Eastern Washington’s wine country, bolstered especially by international recognition of the excellence of Walla Walla wines. 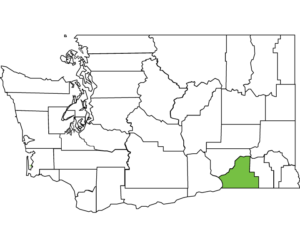