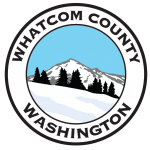 Characterized by a diverse economy, beautiful scenery, and quickly growing cities, Whatcom County is one of the state’s most desirable places to live and continues to rapidly grow. Initially reliant on coal mining, timber, and agriculture, Whatcom County’s economy has greatly expanded with the founding of Western Washington University in the late 1800s and the urban development of communities in Canada, whose residents come south for recreation and shopping. Although the majority of Whatcom County is still rural, farming practices have shifted from large-scale farms to smaller, organic farms. Though the county’s main industry is now services, Whatcom County remains one of the nation’s largest raspberry producers.

Home to Bellingham, Whatcom County’s service industry has continued to bloom. With many shops, art, and an active city culture, Bellingham has attracted college students, workers, and visitors alike. Whatcom County is also home to Mount Baker, one of the state’s active volcanoes. Visitors and residents enjoy the snowy peaks of Mount Baker in the wintertime, where outdoor recreationists can ski and snowboard, while summertime visitors can enjoy the alpine beauty of the mountain on one of its scenic hikes. 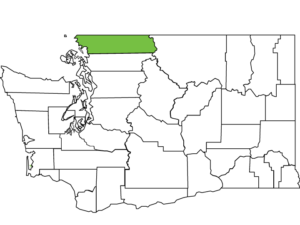 Etymology: Whatcom, chief of the Nooksack tribe and named for a Nooksack word meaning “noisy water”